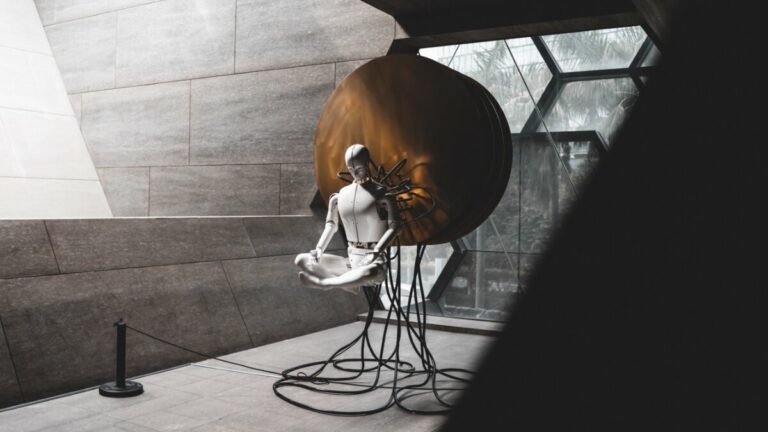 Dante’s Divine Comedy has influenced numerous artists. However, an exhibition commemorating the poet’s 700th birthday features the work of a far more modern devotee. Ai-Da the robot made history by becoming the first robot to publicly read poetry created by AI algorithms.

Ai-Da is named after computing pioneer Ada Lovelace and was designed in Oxford by Aidan Meller. She read Dante’s epic three-part narrative poem and then used her algorithms to create her own reactive work. For this, she drew on her data bank of words and voice pattern analysis.

Ai-Da isn’t the first robot to be trained to write poetry, but it was the first time an AI robot has written and performed poetry in the manner of a human poet.
The way language models are evolving we’re swiftly approaching the point where they’ll be absolutely indistinguishable from human text. This is obviously bad news for writers.

Some lines of her poetry are also a little unsettling. There are lines about completing a picture with a needle and thread which are quite strange. It feels like the writer is trying something experimental.

The image of the hawk with its eyes stitched up is close to the original and very powerful. It has a strange arrangement but maintains the best part of the passage. The lines’ rhythm flow fairly well.

What is likely is that artists and poets and others will become more engaged with and use emerging technologies like AI. Using them is one of the finest ways to criticise, analyse, and expose potential difficulties. It’s not a matter of competing interests but instead a matter of debate and possible action.

The broad usage of AI language models on the internet may affect language and, more importantly, meaning in the future. If computer programs, rather than people, create information that forms and affects the human psyche and society, then the usage and impact of language will undergo a significant transformation.

The performance is part of Ashmolean’s Dante: The Invention Of Celebrity exhibition. It seeks to look at Dante’s influence throughout history and includes various works of art by Ai-Da. Eyes Wide Shut is a response to her detention in Egypt when Egyptian security services were concerned about security concerns around the cameras in her eyes.

She also gave a TEDx Talk in Oxford and had a residence at the Porthmeor Studios in Cornwall.

Her form was created by the female members of the team, who named her after Ada Lovelace; the first computer programmer. It is hoped she will encourage more female computer programmers today and in the future. Presently they are disproportionately underrepresented. 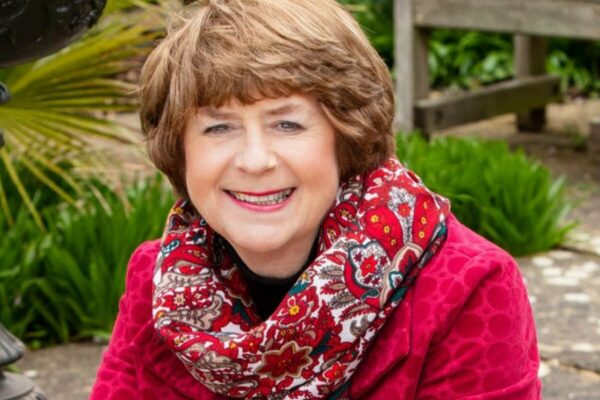